You are here: Home » Others » 09 India Rituals and The Scientific Belief Behind Them

With the name India, one can think of a land of mystic saints, diverse landscape, sari-clad shying faces, diverse landscape, agricultural fields with thatched roofs along with many numerous architectural wonders and plenty of natural wealth. Combining all these made India a treasure house of heritage and culture. India is a country of old and rich heritage as it is one of the oldest civilizations in the world and always being a center of attraction for its natural richness. This country was invaded by many outsiders from time to time. Ironically though, many of the heritage owe to these rulers who built some of the magnificent structures on this land. Our country is the land of holy shrines, historical monuments of eminence, places of exquisite natural beauty as well as the epicenter of art and culture.

Scientific belief in ancient culture – Science behind the rituals

Generally, the rituals in Hinduism were considered as superstitious. But with the advancement of modern science, it is becoming very evident that these traditions are based on some scientific knowledge and have scientifically reasoned. And passed on from generations to generations as traditions. Many people might not understand the science behind it, they were following it very faithfully over the years because it is a tradition.

Below we will explain eleven common rituals followed in Hinduism and the science behind them:

1. Joining both hands to greet

In Hindu culture, people greet each other by joining their palms together. This gesture is called “Namaskar.” The main reason behind this tradition is that greeting by joining both the palms indicates respect. Scientifically speaking, joining both hands ensures joining the tips of all the fingers together which joins the pressure points of eyes, ears, and mind. Pressing them together is known to activate the pressure points. That can help us remember that person for a long time. Also, there is no passing on harmful germs as there is no physical contact. 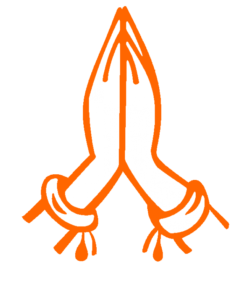 These are also big shots of cultural heritage. It not only heals the body but also has a soothing effect on the soul and mind. Ayurveda is the ancient medical science and is as old as Indian civilization and known as sister sciences. And is not scientifically backed while it has been benefiting the human race for centuries. 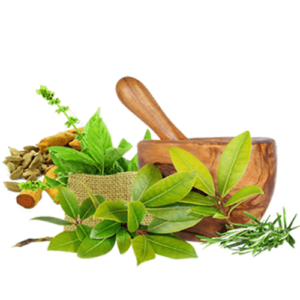 3. Applying Tilak on the forehead

On the forehead in between the two eyebrows is a spot which is considered as a major nerve point in the human body since ancient times. The Tilak is supposed to prevent the loss of “energy” and the red ‘kumkum’ between the eyebrows is said to retain energy in the body and helps in concentration. While applying kumkum the points of Adnya-chakra are automatically pressed. This also initiates the blood supply to the face muscles. 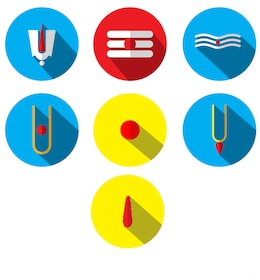 Wearing toe rings is significant to married women but there is a very deep science behind it. Normally a toe ring is worn on the second toe. A particular nerve from the second toe may connect the uterus and passes to the heart. The women wearing toe rings is benefited as the pressure around the nerve strengthens the uterus. It keeps the body healthy by regulating the blood flow to it and the menstrual cycle will be regularized. Silver is a good conductor and it also absorbs polar energies from the earth and passes it to the body.

5. Why do temples have bells

People who visit the temple ring the bell before entering the inner sanctum where the main idol is placed. According to Agama Sastra, the bell is used to give sound for keeping the evil forces away and the ring of the bell is pleasant to God. However, the prime scientific reason behind bells is that the sound of the ring clears our minds and brings in positivity for a start. It helps us stay sharp with full concentration on the devotional idea.

6. Why do we worship ‘Tulsi’ plant

Hindu religion regards the plant of ‘Tulsi’ with immense respect and as a form of a goddess. It is also known as ‘Sacred or Holy Basil’. And it has been recognized as a religious and spiritual devout in many parts of the world. The Vedic sages recognized the benefits of Tulsi in ancient times and that is why they personified the plant as a Goddess. It gave a clear message to the entire community that it needs to be taken care of by the people, literate or illiterate. And should also be protected as it is herbal, holy and also known for bringing in positive energy by many plant experts.

Besides lending color to the hands, Mehandi is a very powerful medicinal herb. Weddings are stressful and can cause people slight headaches or fevers. As the wedding day approaches, the excitement may get mixed with nervous anticipation which can take its toll on the bride and groom. Applying the Mehandi can prevent high stress as it has a cooling effect on the body and keeps the nerves tense. This is the main motive of applying mehndi on the hands and feet which soothes the nerve. 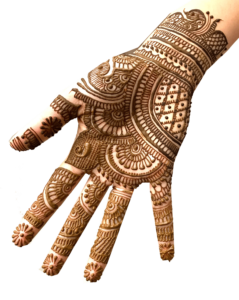 8. Celebration and cleaning during Diwali

Diwali usually falls in the month of October and November which marks the starting of winter season and end of monsoon. The rainy season was a tough season for people back then and the houses needed fixing and renovations after a heavy fall. The time before Diwali is considered the period in which people can indulge in cleaning and beautification of their home along with a complete puja for their family.

In Hinduism idol worship is well-practiced. Researchers initiated the purpose of increasing concentration during prayers. According to the psychiatrists, a man’s thought will be shaped according to what he sees. If you have 3 types of objects in front, your thinking will change according to what object you are viewing. Similarly, in current and ancient India, idol worship was started. So that when people view idols it becomes easy for them to concentrate and gain spiritual energy and meditate without mental diversion. 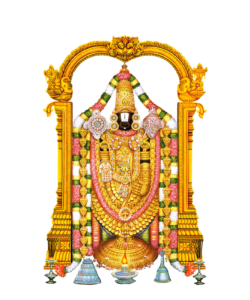 The above-mentioned traditions are proof that Indian rituals are not about superstitious traditions but scientifically significant. India is known for its remarkable religious diversity which is rooted in scientific belief. India embraces almost all the known religions of the world. Indian rituals make a big difference in cultural connotations due to individual ritual yet bind in a common thread.